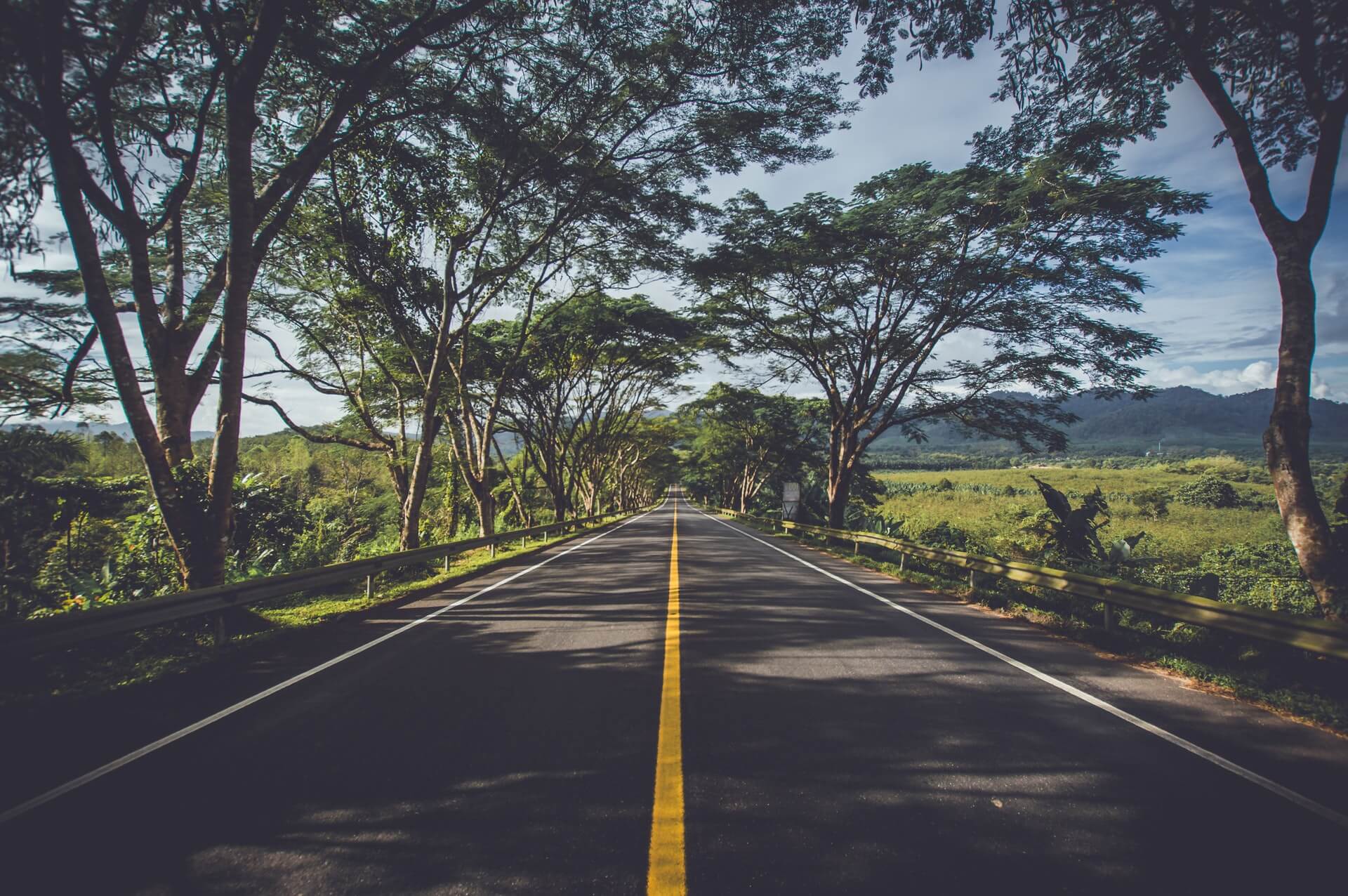 Google Ads may seem simple up front, but it’s evolved into a rather complex form of advertising, and it’s safe to say that anyone engaged in marketing in this day and age should have at least a basic understanding of Google Ads. So, how do we start to explain one of the largest portions of our industry? Let’s start with a hypothetical example.

The Road Trip and the Question

Ever since I was a kid, I’ve loved road trips. Family vacations often meant hours in a car, watching Titanic with my brother on a portable VHS player and annoying our parents to no end. While the old adage, “it’s not about the destination, it’s about the journey,” is a bit played out, it holds a lot of truth as I think back to my childhood. In some instances, those car rides are more memorable than the vacations themselves.

I still enjoy spending time on the road, taking in the countryside, and visiting new places, but sometimes the interstate is unforgiving. Going countless miles without an exit is torturous when you’re hungry, and when an exit finally appears you’re forced to eat whatever’s available. You’re given limited options in an untimely manner.

Now imagine: what if, the moment your stomach started growling, three restaurant signs automatically appeared in the distance?

These signs wouldn’t just be EASY to see, but would be for restaurants you were thinking about while driving. After looking at the signs and deciding on which restaurant is most appealing to you, the interstate would immediately present you with an exit leading to that restaurant. No obstacles, no waiting, just the immediate satisfaction of your needs.

This situation is obviously hypothetical, but it’s actually a good way to think about how Google Ads works. It’s worth noting that these ads have a lot of names — Google Ads, CPC, PPC, SEM — but for the sake of simplicity we’ll refer to them as Google Ads (formerly known as Adwords).

What Is Google Ads?

Whether you realize it or not, you’re familiar with Google Ads. Not only do they appear at the top of Google search results, meaning they’re the first thing you see when looking for a product or service, but they appear as display ads on countless websites across the internet. Multiple times a day, every day, you’re presented with Google Ads.

How Exactly do Google Ads Work?

As the name suggests, the ads you see at the top of Google search results are just that: ads. Businesses that want to advertise with Google choose a list of closely-related keywords to bid on—yes, bid, just like in a silent auction. But in this case, advertisers choose how much they’re willing to bid on each individual keyword. Then, every time a user searches for that keyword, Google analyzes the different bids from each advertiser and determines which ads “win” (based on the amount of the bid and their quality score, which helps determine which sites present users with the most relevant information) and can be shown at the top of search engine results. There are also lots of other places you can run similar ads, including Facebook, LinkedIn, YouTube, and more. Part of running an ads campaign is finding out what other online advertising platforms are out there and which one is right for you.

There are a lot of strengths when it comes to Google Ads, but there are two that stand out:

To continue our road trip analogy, Google Ads give you the control to put ready-made billboards in front of interested people. Without our hypothetical, automatically-appearing billboards, you’re at the mercy of how the road was built and what businesses decided to open shop along the way. Even if you want some food and are ready to buy it, you have to wait until you happen upon an exit. This can be frustrating and inconvenient—especially when you’re looking for something specific. Online users feel the same way regarding services and products. They want to find the solution to their issue, and they don’t want to dig through Google to find it.

If the interstate worked like Google ads, things would be very different.
And you wouldn’t have access to all the insightful metrics Google provides. Let’s say the above hypothetical were true: you’re driving along hungry and you begin to think about your options, realizing you’re really craving a burger. Instead of crossing your fingers and hoping that the next exit will have a good burger place — only to be let down by a Subway and a Starbucks — the Golden Arches appear on the horizon. A path opens up, and you make your way to the drive-thru. 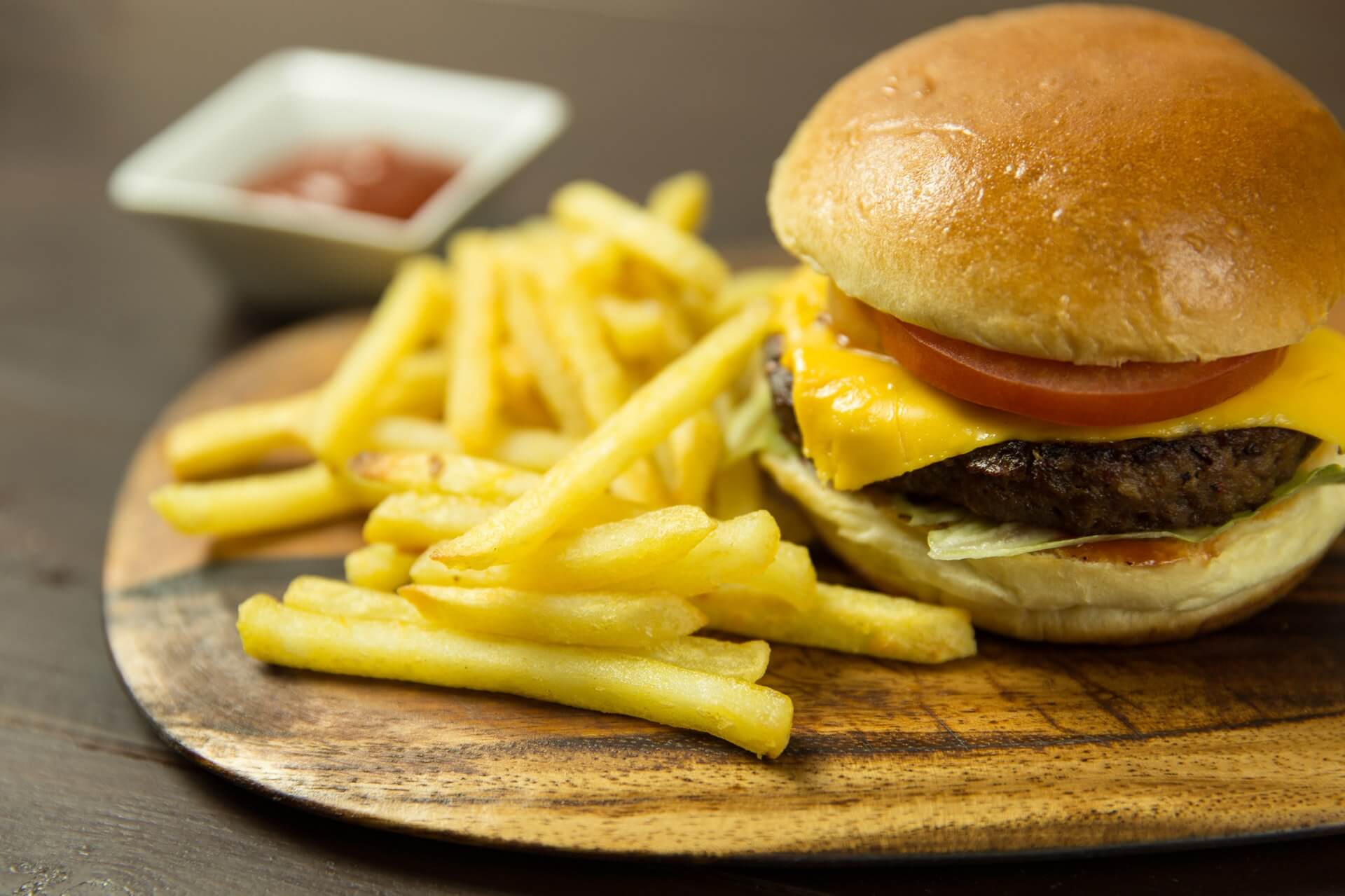 If McDonald’s decided they didn’t want to advertise in this way, they’d be at a big disadvantage on the road. Even if a consumer loves their food, they would only see the competition when they became hungry. And since McDonald’s is nowhere to be seen, they’ll go with another option — because ultimately they just want to feed themselves.

What Does This Have to Do With Your Business?

Choosing to advertise using Google Ads is like choosing to be one of the restaurants on the interstate with the hypothetical “magic” billboards. Your business can be seen by all of the internet users in your chosen geographic area who are searching for your product or service.

By the same token, choosing not to advertise with Google Ads means that you have to rely on the old-fashioned interstate exit signs to advertise your business — and just hope that a hungry driver comes your way. 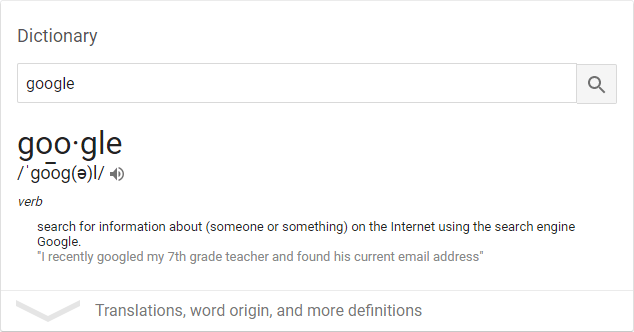 Search engines have become so prolific that “google” is an official verb in the dictionary. It’s an intrinsic part of our day-to-day lives, so much so that we sometimes overlook how much we depend on it. But we definitely depend on it; in fact, 93% of all online experiences begin with a search engine.

How Do Google Ads Compare to Traditional Advertising?

Traditional advertising (television ads, radio ads, billboards, etc.) is based on broadcasting messages to an extremely broad audience in hopes that the message will resonate with someone. Just like the regular restaurant and gas signs you see on the side of the interstate, you often don’t know if members of the general audience are ready to buy, let alone in need of your product/service. With traditional advertising, there are also plenty of moments when someone wants what you sell, but your messages don’t get in front of them due to where the ads are placed, the time of day, or many other factors. 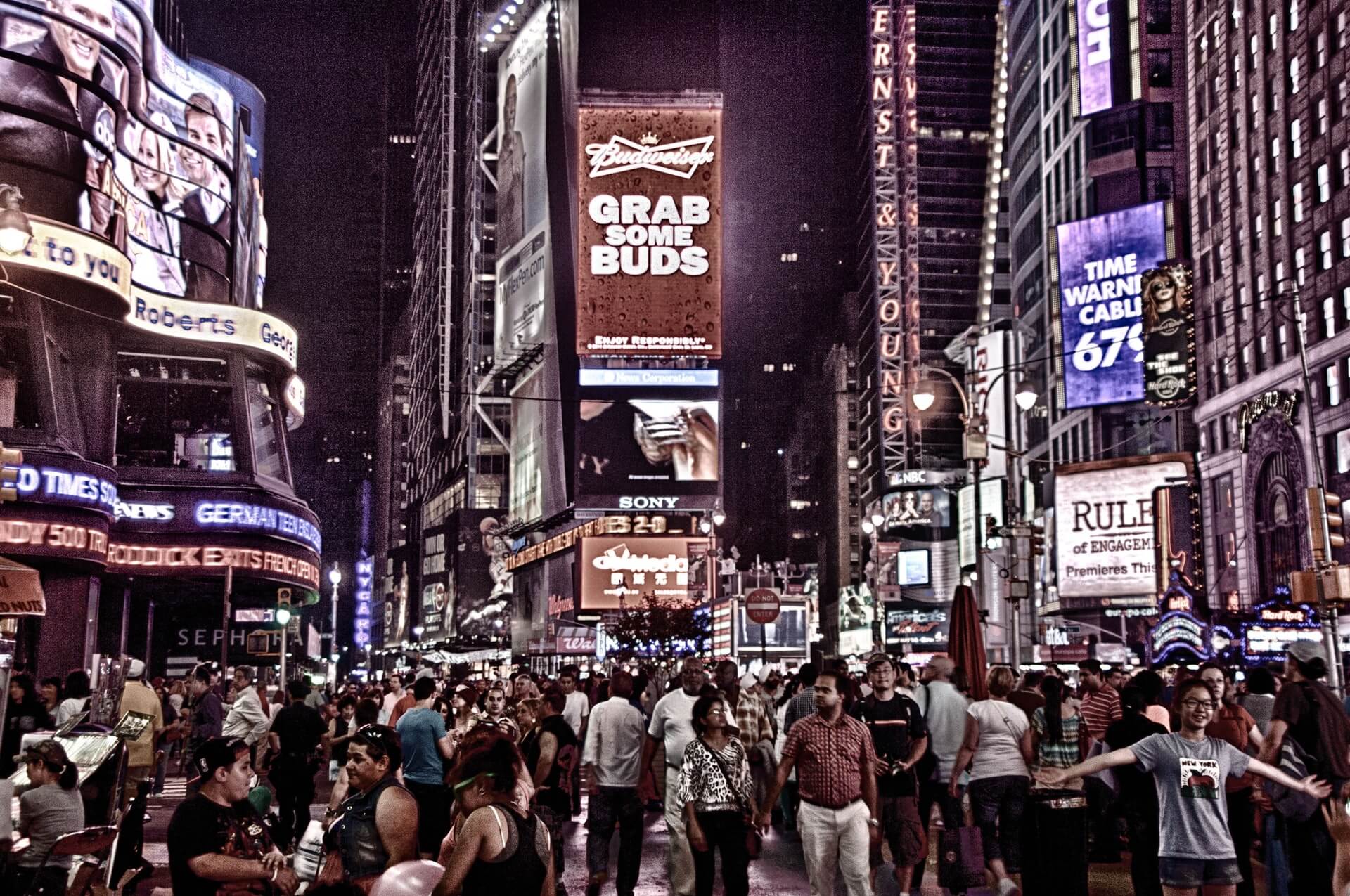 Someone might happen upon a McDonald’s while driving, but there’s no guarantee they’ll want food at that moment.

You can think of your own business in the same way. You can broadcast messages all day long, but a lot of people will see those messages and never take action. Maybe they can’t afford what you sell, or they just bought it somewhere else, or they simply don’t need it. Whatever the reason, you’d be spending money to talk to the wrong people.

While there is a place for traditional advertising, it’s hard to argue for this type of marketing when you’re working with a limited budget. Not only are Google Ads much more cost-effective, but you can ensure that the only people seeing your ads actually have a need for what you provide. On top of that, Google Ads appear to an already interested audience because they’re the ones searching for your product or service. Running Google Ads allows you to grab your audience’s attention at an extremely opportune time.

Nowadays, people’s number one priority is convenience. People want instant gratification and have very little patience for anything else. This is even more pronounced on the web, where a second can make the difference between capturing a user’s attention and losing them forever.

Chances are that if you’re in business, you provide a product or service that you believe in and that other people need. You want the people who need your product or service to be able to find it easily, and then be able to take action with little effort. You want and need to give them that sign on the interstate so that they can exit and drive to you and the solution you provide. Rest assured that if you don’t, your competition will.

Interested in learning more about how we can help your business through Google Ads?

Schedule A Discovery Call
Google Ads No Comments
Next Post

The Good and the Bad of Starting a Business Podcast

The Good and the Bad of Starting a Business Podcast 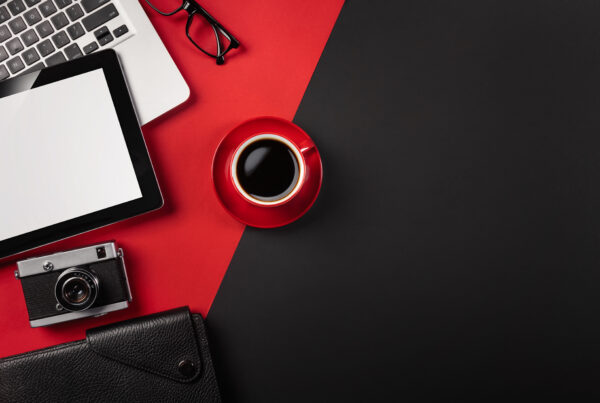 Digital Marketing: What Does it Mean for Your Business?

The Different Types of Google Ads 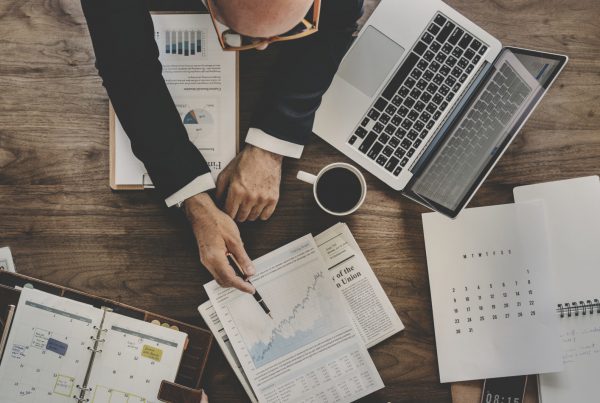